When Justin Rigdon returned from Iraq in 2009, he was fortunate to have been spared the types of combat wounds that affected so many of his fellow Marines. The rigors of service did take a physical toll, however, in terms of damage to his spinal column.

His duties as an infantry squad leader required him to spend countless hours packing body armor, supplies and ammunition that could total up to a hundred pounds. Memories of this physical hardship were still fresh, years later, when he was deciding on a course of study at the Wilson College of Textiles.

When he first made arrangements to attend NC State on the GI Bill, which covers educational expenses for veterans, his intent was to major in computer science. He actually started in a textile curriculum, however, and after a semester of study found his niche in textile engineering (TE).

One of the things that attracted him to TE was attending a career fair where the faculty had set up an exhibit of body armor. The display highlighted the importance of high performance textiles in providing lifesaving support for military personnel. Rigdon, however, thought back to the problems he’d experienced after wearing such heavyweight gear for extended periods of time.

“Even after entering school,” he says, “the people I felt closest to were the men and women in uniform. I had a strong desire to help develop a type of armor that might generate less wear and tear on the body.”

Ultimately, his work at NC State took him in a different direction. His keen interest in high performance textiles didn’t fade, however, and he ended up working with the composite materials used in high performance military aircraft. That focus continues today in his work as an engineer with Lockheed Martin. His specialized knowledge helps to keep F-35 Lightning II Joint Strike Fighters in the air.

Rigdon credits three NC State professors for being outstanding mentors: Philip Bradford, Russell Gorga and Jeffrey Joines. Dr. Bradford, in particular, swore by a mantra that only an engineer could love: “The coolest feats of engineering are those enabled by composites.”

Not content to study composites only in lab settings, Rigdon went looking for an internship that would give him hands-on experience in production. A company called Beaufort Composite Technologies gave him the opportunity he was looking for.

It was a small shop specializing in carbon fiber fabrication; as a result, Rigdon got to see every aspect of product development. He ended up working as a full-fledged technician at Beaufort while still juggling his studies at Wilson College.

He later served internships with the federal government, doing structural engineering work for vertical takeoff aircraft. These included the AV-8B Harrier jet, the F-35 fighter and the V-22 Osprey, an unusual specimen of twin blade engineering that takes off like a helicopter and flies like a plane.

After graduating from NC State in May of 2017, Rigdon spent nine months working full time for the federal government at the U.S. Naval Air Command (NAVAIR). He then joined Lockheed Martin Aeronautics in March of 2018.

His success in those positions led to his current assignment at Hill Air Force Base in Ogden, Utah. He serves as the “material review board engineering site lead” for Lockheed Martin’s F-35 modification line. His mission is to guarantee that each airplane meets its full contract life of 8,000-to-12,000 flight hours. He supervises three other engineers, and together they monitor the maintenance and performance of 20 aircraft.

Rigdon credits NC State for his successful career in engineering, but is quick to credit the Marine Corps for his leadership skills.

“If there’s one thing you learn in the Marines,” he says, “it’s respect for the value of teamwork. Nothing reinforces camaraderie and mutual respect like shared hardships.”

Another takeaway from the military was understanding the importance of discipline.

“My definition of discipline,” he says, “is forcing yourself to do what you need to do, but probably don’t want to do.”

Rigdon says his own lack of discipline during high school would have doomed him to fail had he attended college right away. His experience in the military, he says, laid the groundwork for both academic and career success later on.

Reflecting back, he is proud of his accomplishments as a non-traditional student. During his time at NC State, he headed up a student veterans group that successfully arranged for veterans preference during course registration periods. In recognition of these efforts, he was awarded the Matthews Medal, the highest non-academic distinction available to NC State students.

He also won the Peter R. Lord Senior Design Leadership Award for one of his senior year projects. And he did all this in addition to his roles as a husband and a father of three growing children.

These were surely unexpected achievements for a guy whose first major accomplishment after high school was getting certified by the U.S. Marine Corps to fire an Mk 153 shoulder-launched multipurpose assault weapon.

“You never know what life is going to bring in later years,” he says. “The Mk 153 was unique for its capability to fire four different kinds of ammunition, but none of those involved textiles!” 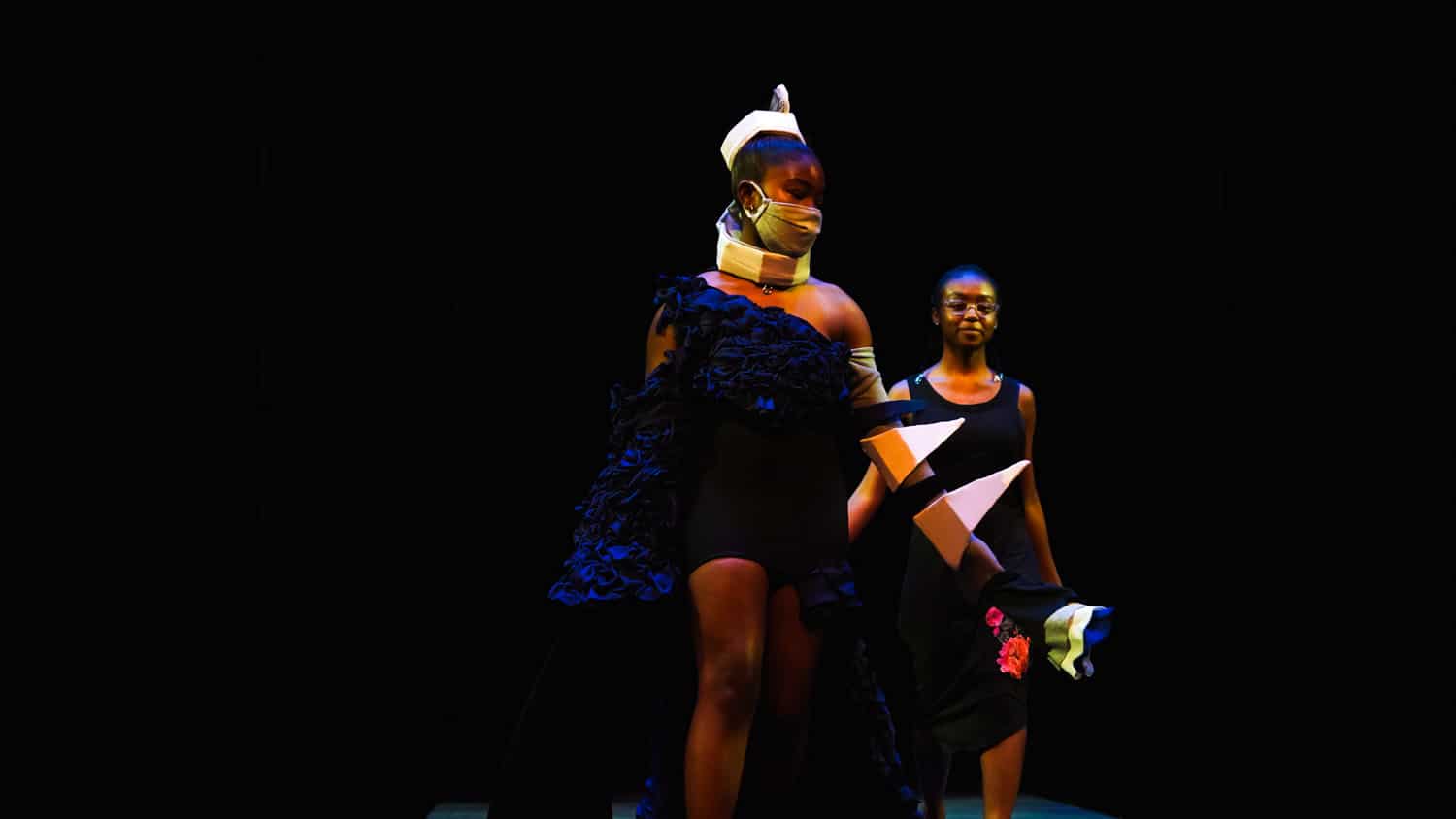 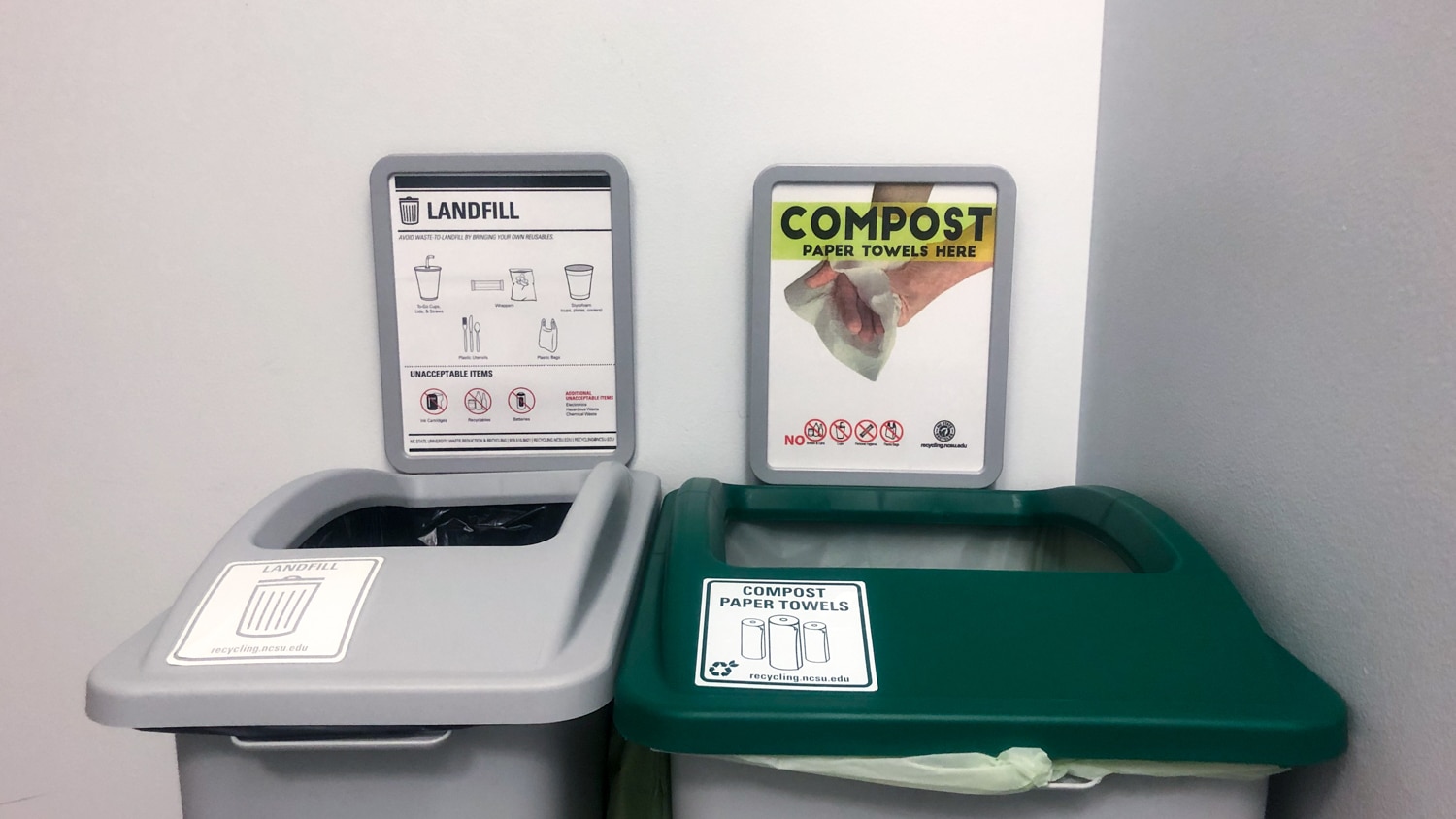 Wilson College of Textiles to Implement Compost Bins Throughout College